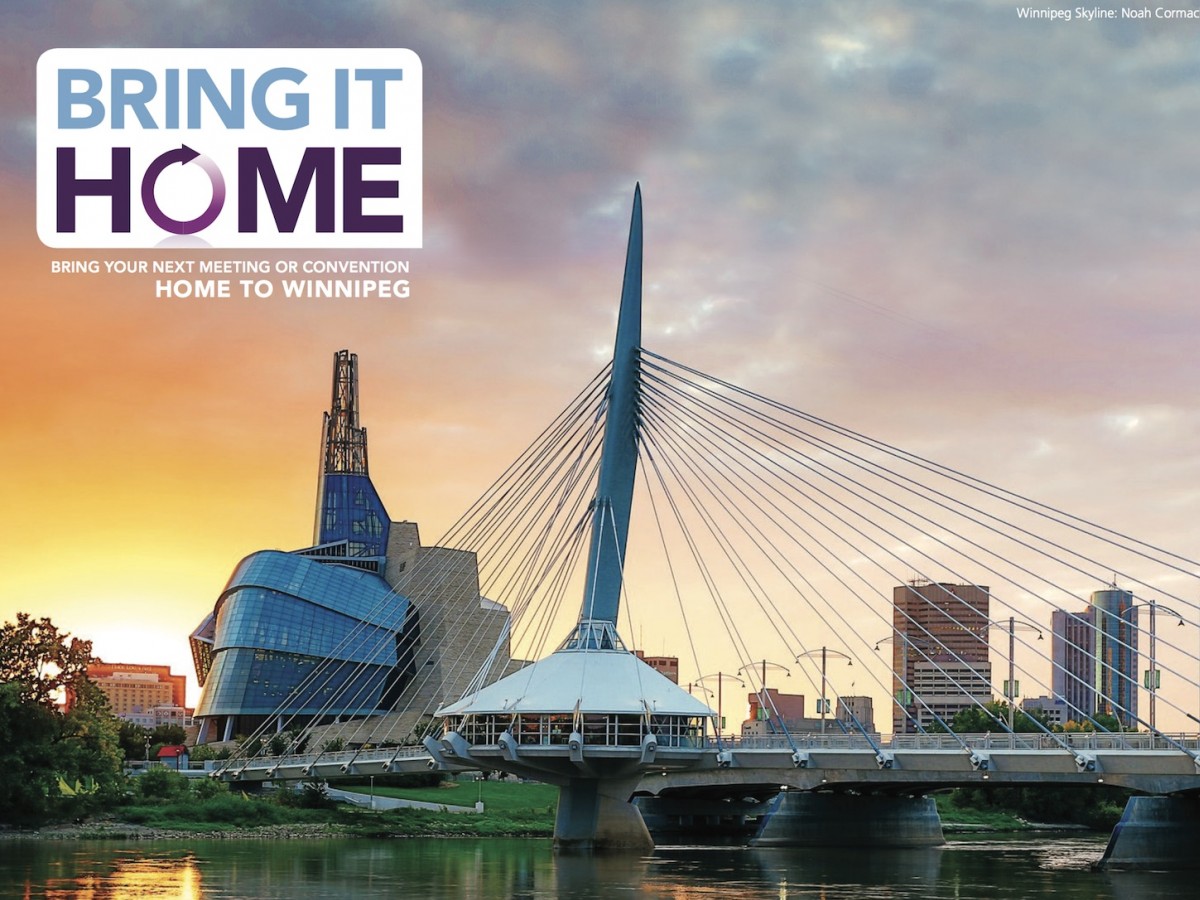 Economic Development Winnipeg’s Bring It Home program has been responsible for attracting more than 100 meetings, representing a value of $41 million to Winnipeg’s economy.

Centres of excellence can help Bring It Home

An initiative designed to help local influencers host industry meetings and conventions, Economic Development Winnipeg’s Bring It Home program launched in 2012. It has since been responsible for attracting more than 100 meetings, representing a value of $41 million to Winnipeg’s economy. Although an impressive accomplishment, the intent is to make an even bigger impact in the years to come.

Initially an RBC Convention Centre Winnipeg initiative prior to 2012, accountability for the Bring It Home program recently shifted from Tourism Winnipeg to the parent entity, Economic Development Winnipeg. EDW’s executive and program director Virginie De Visscher realized this realignment would better position the corporation’s three brands—EDW, YES! Winnipeg and Tourism Winnipeg—to collaborate in a way that could expand Bring It Home’s reach and improve its results. In essence, EDW has its own centres of excellence (i.e., subject-matter experts) within each of its three brands, and it made sense to pursue, connect and promote Bring It Home opportunities by tapping EDW’s collective strengths.

Beyond this internal expertise, a critical component of Bring It Home’s enduring success will involve highlighting centres of excellence within Winnipeg’s business community. Industry clusters making waves both nationally and internationally represent a terrific opportunity for Bring It Home to work with the community to concentrate attention on the innovation ecosystem operating within several sectors.

Consider the Composites Innovation Centre (CIC). Established in 2003, this non-profit has evolved into a worldwide leader in biomass standards and testing. Support from industry and academic leaders like Boeing Winnipeg, New Flyer Industries, Red River College and the University of Manitoba—coupled with global collaborations with like-minded organizations in Europe, China and Australia, for example—has enhanced Winnipeg’s reputation as a composites powerhouse. Because the CIC serves as the hub of a centre of excellence here, opportunities exist to attract consequential composites-focused conventions to Winnipeg. On the radar for Bring It Home and the CIC is the JEC Americas conference, an exhibition connecting all of the composite value chain in North and South America.

Other centres of excellence also offer the chance for our city to shine more brightly by convincing relevant conferences to come to Winnipeg. In the area of medical research, for instance, the St. Boniface Research Foundation is a respected leader. Another research-heavy initiative is the Smartpark Research & Technology Park on the University of Manitoba campus, which houses such influential assets as the Richardson Centre for Functional Foods and Nutraceuticals, RTDS Technologies and Monsanto Canada. Also on the university’s campus is the National Centre for Truth and Reconciliation, created to preserve the memory of Canada’s residential school system and its aftermath.

Winnipeg punches above its weight in multiple fields when it comes to the thought leadership sustaining and enhancing the city’s centres of excellence. Together with local experts and influencers, the Bring It Home program wants to make the world aware of everything happening here. After all, the immediate economic impact meetings and conventions bring to the city could pale in comparison to the lasting legacy of new investment resulting from showcasing our city to the movers and shakers who target events designed to keep their businesses on the leading edge of their respective professions. Ultimately, that’s the rationale for the new, more inclusive Bring It Home program.